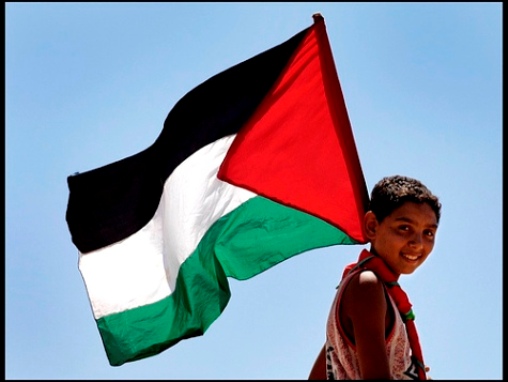 GAZA CITY, March 31, 2011 (KATAKAMI.COM ) — Member of Fatah’s Revolutionary Council Abdullah Abu Samhadaneh spoke out on Land Day, telling fellow Fatah members in a statement that “Palestinians are in so much need for unity, unity now” and calling for an end to the internal division, Ma’an News Agency reported on Thursday.
As Palestinians across the West Bank, Gaza and in Israel marked the anniversary of a popular uprising in response to Israeli land confiscations, Abu Samhadaneh said “Today is the day of the land and we should make all efforts to achieve unity in order to face settlers, settlements and the Israeli plans in our hometown, especially Jerusalem.”   (*)
Comments Off on Fatah leader says ‘split must end’ 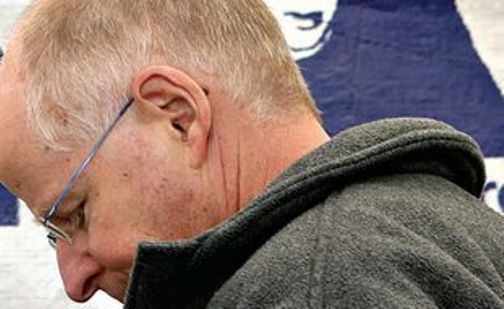 “Kidnapped” Palestinian engineer: “I don’t know anything about Gilad Schalit;” PA envoy says Ukraine should act after “terrible act of piracy;” Barak: Any intel about Hamas is useful, arrest was justified.

In a telephone conversation with Abu Sisi’s wife Veronica, aired on Israel Radio, Schalit said that if a prisoner exchange deal is made in order to free his son, Abu Sisi would be released as well.

In response, Schalit was told that Abu Sisi is not connected to Hamas, and his family will do whatever they can to free him.

Dirar Abu Sisi claimed that he does not know anything about Gilad Schalit, shortly before a hearing in the Petah Tikva District Court on Thursday, in which his remand was extended by five days.

Abu Sisi went missing on a train traveling from Kharkov to Kiev on February 19 and later was revealed to be at the Shikma prison in Ashkelon. Foreign reports said that the engineer, who worked at Gaza’s central power plant, had information relating to captive soldier Gilad Schalit.

“I don’t know anything. I’m an engineer,” he said. He also said hello to his wife and children.

The Palestinian ambassador in Ukraine on Thursday denied that Abu Sisi was a member of Hamas.

Mohammed Al-Assad, the Palestinian envoy in Ukraine, told a news conference in Kiev on Thursday: “He was not a member of any organization”.

In an interview with Israel Radio, Barak said that Abu Sisi has useful information about Hamas even if it does not concern Schalit, which justifies the arrest. (*)

March 31, 2011 (KATAKAMI.COM) — A delegation of Hamas led by Mahmoud Zahar has met with the Supreme Council of the Armed Forces, which received power in Egypt following the ouster of former president Hosni Mubarak, as well as several political forces and Egyptian parties and a number of youth behind the Jan. 25 revolution, AL QASSAM WEBSITE reported on Thursday.

They congregated at the headquarters of the Egyptian Wafd party.

Discussions with the Supreme Council focused on bilateral relations, Palestinian reconciliation, the Gaza siege and opening the Rafah crossing on the border between Egypt and the Gaza Strip. They also discussed the Palestinians still being held in Egyptian prisons.

The tour, which began a day earlier as Hamas visited the new Egyptian foreign minister Nabil al-Arabi, was concluded with a visit to the Wafd party president El-Sayyid el-Badawi yesterday afternoon.

Badawi confirmed that the Israeli-Arab conflict has been an Egyptian issue since the beginning of its history.

He added that he has confirmed the right of the Palestinians during meetings with the assistant US secretary of state and US ambassador to Cairo, delegations from the European Union and more.

Zahar confirmed during the discussions that the conflict with Fatah is between those who want resistance against the occupation and those who believe that peace can win back even less than 22 per cent of the land. But Hamas, he said, has agreed to reach its hand out to Fatah to meet the demands of the Arabs. (*)

Comments Off on Hamas meets with Egyptian leadership

British Prime Minister David Cameron (L) meets President of Israel Shimon Peres at 10 Downing Street on March 30, 2011 in London, United Kingdom. President Shimon Peres has spoken out saying Israel "must take advantage of this window of opportunity and end the conflict with Palestinians" so as to help the wave of democratization sweeping the Middle Eastern Arab countries. (Photo by Avi Ohayon/GPO via Getty Images)

British Prime Minister David Cameron (R) meets President of Israel Shimon Peres at 10 Downing Street on March 30, 2011 in London, United Kingdom. President Shimon Peres has spoken out saying Israel "must take advantage of this window of opportunity and end the conflict with Palestinians" so as to help the wave of democratization sweeping the Middle Eastern Arab countries. (Photo by Andy Rain - WPA Pool/Getty Images)

Sarkozy arrives in Japan to discuss nuclear issues with Kan

JAPAN, March 31, 2011 (KATAKAMI.COM / KYODO NEWS) — French President Nicolas Sarkozy arrived Thursday in Japan to discuss the drawn-out crisis at the Fukushima Daiichi nuclear power plant with Prime Minister Naoto Kan, as reported by KYODO NEWS AGENCY.
Sarkozy became the first foreign leader to visit Japan since the March 11 earthquake and ensuing tsunami that obliterated northeastern coastal towns and ravaged the nuclear facility.
He will express his solidarity with Japan, not only as the French leader but also as the chair of the Group of 20 leading industrialized and emerging economies.
He is also expected to say that France, which relies on nuclear power for nearly 80 percent of its electricity, is committed to offering more of its expertise to help Japan contain radiation spilling out of the crippled complex, located about 220 kilometers from Tokyo.
Kan and Sarkozy are scheduled to hold a joint news conference in the early evening shortly after their meeting at the premier’s office.
Sarkozy came to Tokyo for a brief visit after taking part in a G-20 seminar on reshaping the global monetary system in the eastern Chinese city of Nanjing.
The president, visiting Japan for the second time since taking office in 2007, will head back to France soon after the news conference, according to Japanese officials.
France now holds the rotating presidency of the G-20 and Group of Eight major powers, both of which Japan is a member country.
France has the second most nuclear power stations of any country after the United States. Japan has the third most, deriving about 30 percent of its power from nuclear reactors.
Following the serious accident at the Fukushima plant, nuclear issues will top the agenda at the G-8 summit in late May, when leaders also from Britain, Canada, Germany, Italy, Russia and the United States gather in the northwestern French resort city of Deauville.
Kan and Sarkozy will almost certainly also discuss the situation in Libya, given that France has been taking a major role in demanding Libyan leader Muammar Gaddafi’s immediate resignation, according to the Foreign Ministry officials.  (*)
0.000000 0.000000
Comments Off on Sarkozy arrives in Japan to discuss nuclear issues with Kan

JAPAN, March 31, 2011 (KATAKAMI.COM / RIA NOVOSTI / KYODO NEWS ) — Japan’s troubled Fukushima Daiichi Nuclear Power Plant will most likely be closed down, the Kyodo news agency reported on Thursday, quoting Japanese Prime Minister Naoto Kan.
“We cannot but close this nuclear power plant,” Kan said during a meeting with the leader of the Japanese Communist Party, Shii Kazuo, on Thursday.
On Wednesday, Japan’s Chief Cabinet Secretary Yukio Edano suggested that all six reactors at the Fukushima Daiichi plant should be demolished. Tsunehisa Katsumata, the director of the Tokyo Electric Power Co. (TEPCO) which owns the plant, said earlier on Wednesday that it would be reasonable to close down the first four reactors.
All six reactors were badly damaged after a powerful earthquake and tsunami struck eastern Japan on March 11. Reactors No. 5 and 6 reactors have been less problematic than the other four and are already in a state of cold shutdown.
Japanese Trade and Industry Minister Banri Kaieda said on Wednesday that the country’s nuclear power stations would be closed if they did not meet tougher safety requirements being drawn up by the government. (*)
0.000000 0.000000
Comments Off on No options but to close Fukushima nuke plant – Japanese Prime Minister

In this photo downloaded from the state media Cubadebate web site, Cuba's Fidel Castro, right, meets with former US President Jimmy Carter, in Havana, Cuba, Wednesday, March 30, 2011. At center is an unidentified translator. Former President Jimmy Carter left Cuba on Wednesday without gaining the release of a US government contractor jailed the past 16 months, a deflating end to what was otherwise a groundbreaking visit.Carter spent hours talking about improving ties with brothers Raul and Fidel Castro, describing the latter as an "old friend." He met with religious leaders and members of the island's small opposition community, dined out at an atmospheric Old Havana restaurant and even sat down with family members of five Cuban agents serving long prison terms in the US (Photo : The Jakarta Post / AP / Cubadebate )